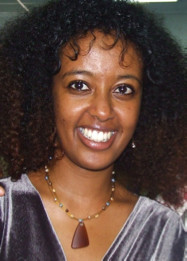 Bio: “Ethiopia has been called 'the Island of Christianity' in Africa,” explained Tekeste, a translator who works with Ethiopian asylum seekers in New York City. “We were one of the first Christian countries in the world, and we have been surrounded by Muslim nations for centuries.” Located in the Horn of Africa, Ethiopia's rich history is a great source of pride for its people. Once known as Abyssinia, Ethiopia is one of the world's ancient countries, and one of two African nations that claim never to have been colonized (although it was occupied by Italy between 1936 and 1941). All three Abrahamic religions have thrived in Ethiopia. How Judaism arrived remains a mystery (see Significant Notes), but Jews have been in Ethiopia for thousands of years. It is believed Christianity was first introduced to Ethiopia by the royal officer who was converted by Philip the Evangelist, as recorded in Acts 8, even though the official adoption of Christianity was in the fourth century. Ethiopia's Islamic history dates back to Mohammed‟s time in Mecca, when persecuted followers fled to seek refuge in Abyssinia. Modern Ethiopia was shaped by Emperor Haile Selassie, a charismatic leader who came to power in 1930 and made Ethiopia a player on the world stage. However, recurrent droughts, famines, and an ongoing civil war with Eritrean separatists led to his overthrow in 1974. An oppressive Soviet-backed Marxist regime was in power until 1991, when they were ousted by a coalition of rebel groups who formed a new government. An estimated seven thousand Ethiopians now live in Metro New York.

When Did They Come to New York? Ethiopians began arriving in Metro New York when the Marxist regime came to power in the 1970s. The 1980 Refugee Act opened the door for thousands who had escaped Ethiopia and were living in Sudan to come to the US as refugees. A border war in the late 1990s with Eritrea created another wave of refugees. While Ethiopians are not currently admitted as refugees, Metro New York's Ethiopian population continues to grow in small numbers through family reunions and a few asylum seekers.

Where Do They Live? The closest thing Metro New York has to a “Little Ethiopia” is a large concentration of Ethiopians living in the Parkchester condominium complex in southeast Bronx. Smaller groups are located in Jersey City and the St. Cloud section of East Orange, New Jersey, while others are scattered throughout Metro New York. Ethiopian cuisine has gained a foothold among New Yorkers, and at least a dozen restaurants, some quite trendy, can be found throughout the area.

What Do They Believe? “The service is long, especially when you don't know what they are saying. Then it's extra long!” That is how Adel, a young Ethiopian man, described the three-hour Mass to a visiting New York Times reporter. The Ethiopian Orthodox Tewahedo Church—the spiritual home of the vast majority of Ethiopians in Metro New York—grew out of the Coptic Orthodox Church of Egypt, which split from the Roman Catholic Church over the issue of monophytism (see Significant Notes). There are six Ethiopian Orthodox Churches in Metro New York, and their services are highly ritualistic and often given in Ge'ez, a “dead” liturgical language. The church venerates Mary and places a heavy emphasis on Old Testament teachings, requiring followers to adhere to Jewish dietary laws and other practices. Up to ten percent of Ethiopians in Metro New York, though, are evangelical Christians, and they have churches in the Bronx, Manhattan, and East Orange, New Jersey. While Ethiopia is one-third Muslim, only a small number of Ethiopian Muslims live in Metro New York.

What Are Their Lives Like? “Even here, we feel the ethnic tensions created by the current Ethiopian government,” explained Ms. Asrat, a community leader who works with Ethiopian youth. Ethiopia has recently been divided into “ethnic states,” resulting in power imbalances among groups. In Metro New York, the most friction is felt between the Amharic people (Ethiopia's “ruling class” and immigrant majority) and the Oromo (one of the most populous groups in Ethiopia). In fact, some Oromo will not call themselves Ethiopian and refuse to speak Amharic, the national language.

How To Pray: Pray that Ethiopians would go beyond ritualistic faith and seek a personal relationship with Christ. Pray for believers to be strong evangelists like Philip and teach the Word of God with Power.