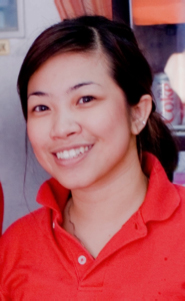 Bio: During the beginning stages of a new church start in Woodside, Queens, Pastor Lasut* brought in an unusual speaker to lure Indonesians to a worship service. The guest speaker, named Victor,* was flown in from Indonesia for the occasion. He had been a Bible student in Jakarta in 1999 when a horde of Islamic radicals swept into his Bible school, burning down campus buildings and violently attacking several students. Victor himself was captured, tied up, and beaten before being knocked unconscious by the blow of a sickle. When he woke up, his head was partially severed. After he was rushed to a hospital, a doctor merely sewed up the outside of his neck, claiming that the damage was so bad internally that nothing could be done to save him and that he would die within a few days. At that point, Victor claimed that his spirit left his body and that Jesus spoke to him, indicating that it was not time to die yet. When his spirit returned to his body, a cracking sound was heard inside of Victorâ€™s neck and he was completely healed. Today, Victor travels full-time, telling the story of what God has done for him. Although group violence certainly existed during the â€œNew Orderâ€ reign of President Suharto from 1967-1998, the majority of Indonesiaâ€™s fatal violence in the 1980s and early 1990s was state-perpetrated against the peoples of independence-minded regions, such as East Timor and Aceh. At the end of Suhartoâ€™s reign and into the teething years of Indonesiaâ€™s democracy from 1997-2001, a diversified series of inter-religious and inter-ethnic violence swept across Indonesia and resulted in thousands of fatali- ties. The majority of these conflicts were clashes between Muslims and Christians, but anti-Chinese sentiment also led to violent outbursts. Fleeing the persecution in their homeland, Indonesian Christian and ethnic Chinese immigrants quickly made up the majority of the Indonesian population in Metro New York. Out of the over eight thousand Indonesians in Metro New York, approximately one-half are ethnically Chinese, and sixty percent are Christians. The Minahasa, also called Manado, are the other major ethnic group represented in the Indonesian community although several ethnic groups have a significant presence.

When Did They Come to New York? With widespread inter-religious and inter-ethnic conflicts plaguing Indonesia in the late 1990s and into the twenty-first century, a corresponding uneasiness over the countryâ€™s economic stability brought a fresh wave of Indonesians into Metro New York. Before this time, the Indonesian population in Metro New York was largely hidden. The exodus from Indonesia included both Christians and Muslims, almost all of whom attribute dissatisfaction with their countryâ€™s outbreak of violence as a reason for leaving.

Where Do They Live? With two Indonesian restaurants side-by-side on Whitney Avenue in Elmhurst, Queens, this street qualifies as an Indonesian enclave more than any other in Metro New York, even though Indonesians are spread throughout Elmhurst, Corona, Woodside, and Forest Hills in Queens. Many successful Indonesians move out of the city to buy homes in New Jersey and Long Island.

What Do They Believe? Although Indonesia is the largest Muslim country in the world, most Indonesians in Metro New York are Christian. Sometimes this Christian identity comes from having an ethnic Christian heritage, such as that found among the Minahasa and Batak, but sometimes it is as a result of recent conversion, as evidenced among many ethnic Chinese as well as Muslims who have become disenchanted with their religion due to Muslim-perpetrated violence in their home country.

What Are Their Lives Like? With much of the population undocumented, Indonesians are mainly relegated to service jobs in restaurants, construction, and other low-paying occupations. Most Indonesians socialize with one another along ethnic and religious lines in their places of worship.

How To Pray: Indonesian Muslims in Metro New York are very open to dialogue about faith due to the atrocities back home. Pray that Christians will forgive Muslims and lovingly share about Christ.