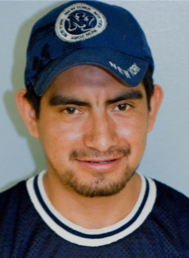 Bio: Chayito, a twenty-three-year-old immigrant from Mexico, stops off at a Spanish Harlem taco stand on his way home from a twelve-hour work day. His back aches, his mind and body are beyond fatigue, and he struggles incessantly to stop thinking about how much easier life was in his little town in the mountains of Puebla. Nevertheless, the smell of sizzling taco meat, the sound of Mexican music in the background, and the chattering of Spanish and Mexican indigenous languages around him incite a momentary sense of belonging and rest. Around 1980 it was hard to find a good taco in New York City. These days, Mexicans are in the passing lane to become the largest foreign-born group in the city over Dominicans. Nearly sixty-five percent of these Mexicans are from the Mixteca, a mountainous region of Mexico within the states of Puebla, Guerrero, and Oaxaca. Unlike other Mexican populations in the US, Mixtecans are just as comfortable speaking Zapoteco, Mixteco, or Nahuatl as they are Spanish. In the Mixteca region, these languages are, in reality, broader categories that describe a much more delineated range of languages and dialects sometimes understood only within a one-day walking distance of each town. For instance, ethnologue.com lists fifty-eight distinct languages under the parent family "Zapoteco" alone! Rounding off the Mexican population are approximately fifteen percent from Mexico City and its environs, and twenty percent from other states, some of whom have come from California and other places in the US. There are an estimated 646,389 Mexicans in Metro New York, with 319,458 of these in New York City (ACS 2010).

When Did They Come to New York? Growing up, Chayito heard all of the stories of how the Pueblan Don Pedro met a New Yorker in Mexico City in 1943 and consequently moved to the city, of how hundreds of Pueblans followed in the 1960s and '70s to escape political persecution and low wages, and how the 1980s and '90s brought famine and what seemed like a massive exodus of every able-bodied male in the Mixteca to New York. He also heard how others throughout the Mexico City area and various Mexican states had recently followed the scent of money to "the capital of the world." With the wage differential between the US and Mexico being perhaps the largest in the world for any two countries side-by-side, how could the teenage Chayito resist a move?

Where Do They Live? While spread throughout the Metro area, Mexicans have mainly settled in traditional Latino neighborhoods in the city. They are most concentrated in Sunset Park (Brooklyn), Spanish Harlem (Manhattan), Corona (Queens), and throughout South and Central Bronx.

What Do They Believe? Even though New York work schedules have made Catholic Mass attendance less frequent than in Mexico, Mexican New Yorkers still retain their vibrant Catholic faith, with the highlights of their year being celebrations of their various towns' patron saints and the Day of the Virgin of Guadalupe. Their intense devotion to saints plays a central part in their religious practice and has led some Mexicans to refer to themselves as Guadalupaos, a term that shows their identification with the Virgin of Guadalupe, the patron saint of Mexico. While other Hispanics in New York have converted on a large scale to evangelical Christianity, Mixtecans largely retain their religious practices from home and keep traditions alive by sending children home to attend patron saint days.

What Are Their Lives Like? When Chayito came to New York, he had dreams of quick money and elevated status. He never dreamed life could be so difficult. As he and his compatriots are the cheapest labor force in the city, they work tough jobs with little pay in the restaurant business, garment industry, and construction. Over one-half of the Mexicans in New York are under the age of twenty-five, and many of these have become involved in gangs. While not all Mexicans plan to return to their hometowns to live, almost all retain strong ties to their homeland, sending money regularly and visiting on occasion.

How To Pray: New churches to reach out to the Mixteca are one of the biggest church planting needs in Metro New York. The Mexicans' rapid growth rate, language barrier, and devotion to patron saints pose a great challenge for the evangelical church to address. Pray for workers to start ministries and churches among this largely unreached people group.