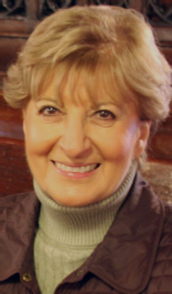 Bio: "Our church has new immigrants worshipping alongside fourth- and fifth-generation members," said Father Root, whose Maronite Church in Brooklyn serves the Syrio-Lebanese Christian community. In the late 1800s, the first Arab immigrants began arriving in Metro New York. Most of these Arabs were Syrio-Lebanese Christians who hailed from what was called Greater Syria, part of the Ottoman Empire. After World War I, the region came under French control. Lebanon subsequently gained independence in 1943 and Syria in 1961. Desperately poor with few skills, many Syrio-Lebanese Christians became itinerant peddlers in the US, going door-to-door to sell items such as sewing supplies, small tools, and dry goods from a backpack or two-wheeled cart. The "Syrian Peddler" was a fixture in the early twentieth century, as he made his rounds through small towns across America. Eventually, many were able to set up their own shops and move up the economic ladder. Today, Metro New York's Syrio-Lebanese Christian population is estimated to number around 42 thousand.

When Did They Come to New York? There was little emigration from Greater Syria until the Great Migration of 1880-1920, when approximately 90 thousand Syrio-Lebanese settled in the US. Most of these early immigrants were from the area around Mount Lebanon. While many sought religious freedom or to avoid conscription in the Ottoman army, most came to Metro New York for the opportunities it offered. After the Great Migration, US restrictions kept emigration from the Middle East at low levels until 1965, by which time Syria and Lebanon were independent countries. A major wave of Lebanese arrived between 1975 and 1991, fleeing a long and destructive civil war. Syrian immigrants also came steadily from the mid-1960s through the 1990s. With these and other Arab immigrants, New York City's Arab population doubled between 1965 and 1990.

Where Do They Live? After first settling in Lower Manhattan, early Syrio-Lebanese Christians migrated to Brooklyn, establishing a thriving commercial district along Atlantic Avenue in the South Ferry area. They began moving to Bay Ridge, Brooklyn, in the 1950s, which now has the largest Arab concentration in New York City. Subsequent generations continue to live and operate businesses there although many have spread out into areas of Westchester County, Connecticut, and New Jersey.

What Do They Believe? "The disciples were called Christians first at Antioch." Referring back to Acts 11:26, Syrio-Lebanese Christians trace their roots to believers who sat under the teaching of the Apostle Paul and Barnabas in the ancient Syrian city of Antioch (in modern-day Turkey). They eventually split into three churches: Maronite, Melkite, and Orthodox. The Maronite and Melkite are Eastern Catholic Churches, which means they are "in communion" with the Roman Catholic Church and recognize papal authority while free to have their own practices. The major differences are that the Maronites, who lived in the mountains of Lebanon, preserved the original Antiochian liturgy and have a strong Lebanese identity. The Melkites, on the other hand, lived in the cities and were influenced by the Greeks. They adopted the Byzantine liturgy and are considered a pan-Arabic church. The Antiochian Orthodox and Syrian Orthodox, however, are Eastern Orthodox Churches that came out of the East-West Schism in 1054, each with its own patriarch. While most Syrio-Lebanese Christians belong to one of the traditional churches, some have left to join evangelical churches.

What Are Their Lives Like? Strong families are the core of the Syrio-Lebanese Christian community, and women hold the place of honor as the center of each family unit. The hard work and sacrifice of the early immigrants has paid off, as many of their descendants have achieved the "American Dream" in Metro New York. Both men and women are typically well educated and represented in many professions. While the days of the "Syrian peddlers" are long gone, a high percentage of their descendents continue to be engaged in commerce and retail operations as business owners and salespersons.

How To Pray: The first Christians in Antioch were a powerful missionary force, sending Paul and Barnabas on their first missionary journey. Pray for Syrio-Lebanese Christians to use their common nationality and Arabic skills to reach Muslims, one of the largest mission fields in Metro New York.