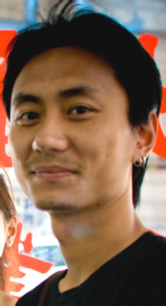 Bio: The journey starts along the seafaring coastal towns of Fujian Province in China, less than one hundred miles away from Taiwan. Although Fuzhou City is the largest city in the area, the surrounding areas, such as Changle, Mawei, Fuqing, Putian, as well as Lianjiang County, have been the seedbeds of most illegal Chinese immigration to America over the past three decades. In these areas, snakeheads, the term used for those who smuggle Fuzhounese into America, openly market a covert venture into America as if they were selling a legitimate tourism package. With evidence of remittances all around and the astounding salaries the Fuzhounese are told they can make in America, the price of $30-60 thousand to set foot in New York City is too tempting for many Fuzhounese to pass up. Borrowing money up front from family or the snakeheads, who charge up to twenty-five percent interest annually, the migrants set out on their adventure along a variety of routes, most of which consist of long, crowded boat rides and an eventual crossing of the Mexican border. Upon arrival in New York City, the hub of the estimated 300 thousand Fuzhounese in America, they quickly find jobs through employment agencies, usually in a Chinese restaurant in the city or elsewhere in the US. It can take over five years for the smuggled Chinese immigrants to pay off the snakehead, and if they delay payment, they risk beatings or kidnappings of family members in China. Although Fuzhounese are very transient within the US, up to 70 thousand can be found in Metro New York at any given time.

When Did They Come to New York? Although some Fuzhounese were already in Metro New York, the mass migration from the surrounding areas of Fuzhou City started in the 1980s. These immigrants were largely illegal, but amnesties that occurred in 1986 and 1990 legalized many, allowing Fuzhounese to bring family over on reunification visas. Many Fuzhounese are still smuggled through, however, and Fuzhou remains the largest source of recent Chinese immigration to America. When both Fuzhounese parents are in New York, their children are primarily sent back to China until they are of school age.

Where Do They Live? In Manhattan's Chatham Square, a statue of Commissioner Lin Ze Xu'a Fuzhounese hero whose defiance of British importation of drugs led to the Opium War of 1839-1842, faces east towards East Broadway. The positioning of the statue is symbolic of a dramatic shift in New York's Chinese population, as the statue has its back turned to the old Chinatown center, dominated by the Cantonese, and looks out over East Broadway, the main Fuzhounese hub in the US. The Fuzhounese also make up a large portion of Brooklyn's Chinatown around 8th Avenue in Sunset Park.

What Do They Believe? Traditionally, the seafaring Fuzhounese have prayed to the sea goddess Mazu for protection, and this practice has carried over to New York. However, Fuzhounese religion is somewhat malleable, and although many do not attend places of worship, they mix Chinese traditional wisdom and Buddhist and Taoist rituals to bring balance to their lives. In the US, the Fuzhounese do not make their money by fishing, so protection from the sea takes a back seat to protection from immigration officials. As news has spread throughout the Fuzhounese community that religious asylum is a path to legalization, some Fuzhounese suddenly find themselves attracted to the Christian faith and seek to be baptized in a Christian church. Consequently, Chinese churches are strict about the baptismal process to ensure understanding, and many become genuine Christians. These baptisms take on increased significance for the Fuzhounese, whose journey to America has provided new life in all aspects. Over five percent of Fuzhounese are evangelical Christian.

What Are Their Lives Like? Most Chinese restaurants in New York, and increasingly around the US, are run by Fuzhounese. They usually work six days a week and sometimes more, depending on whether the person is paying off debt. Mondays are big business days for Chinatown Fuzhounese, as Fuzhounese from all over the region come to buy restaurant supplies, phone cards, and other Fuzhounese essentials.

How To Pray: A movement is happening in Metro New York of Fuzhounese coming to Christ, but their transient nature and long work hours keep many from having genuine fellowship with other believers. Pray that these new Christians will mature in Christ and find a way to fellowship with others. The transient nature of the Fuzhounese could be an advantage. Pray that Fuzhounese Christians would hop from buffet restaurant to buffet restaurant sharing the gospel with others.