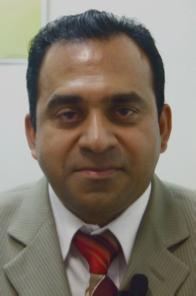 Bio: "While most Keralites in Metro New York call themselves Christians, they believe their faith is inherited. That makes them very hard to reach," said Pastor Raju, who has been ministering among Keralites (most often called Malayali, in reference to their ethnolinguistic group) since 1991. Malayali Christians claim to trace their history back to Apostolic times. According to tradition, the Apostle Thomas arrived in Kerala, a tiny state on the southwest coast of India, in 52 AD. After converting several upper-caste Hindus and founding many churches, he was martyred in Kerala in 72 AD. Although the "St. Thomas tradition" has its detractors, most Keralite Christians hold proudly to the belief that they are the spiritual descendants of the doubting Apostle. Christianity's influence in Kerala is indisputable. It has the highest educational attainment and literacy rate of any Indian state, which is the legacy of British missionaries who introduced universal education. The missionaries also established training programs for women, most notably nursing schools. Because nursing was considered "low-status" by other religions, it became a niche profession for Malayali Christian women. In the late 1960s, nurses were desperately needed in Metro New York to care for the large population of wounded Vietnam veterans. Thousands of Malayali Christian nurses were recruited, paving the way for their families and future immigrants to start a new life in the US. An estimated 100 thousand Keralites live in Metro New York today.

When Did They Come to New York? With aquamarine lagoons, sandy beaches, and palm forests, Kerala is a tourist paradise with limited job opportunities, so its people have a long history of emigrating to find work. Keralite nurses were first recruited to work in Metro New York in the 1960s. They began bringing their families in the '70s. Later waves in the 1990s into the early 2000s added a contingent of computer and business professionals to the population. Many of these later immigrants were Hindus with a small number of Muslims.

Where Do They Live? "New York City was the initial destination for Malayali nurses because there were a lot of jobs, cheap housing, and public transportation," explained Pastor Raju. Once family members arrived and enough money was saved, families began to buy homes in the suburbs of Long Island, New Jersey, as well as Westchester and Rockland Counties in upstate New York. Later immigrants settled alongside them. A substantial number of Malayali live in the neighborhoods of Glen Oaks, Floral Park, and Bellerose in eastern Queens, where a few Indian shops and restaurants line Hillside Avenue.

What Do They Believe? It is hard to fathom that the one ancient Apostolic church in Kerala has evolved into more than twenty Christian sects. Centuries of colonial influences fragmented the Christians among various Orthodox, Catholic, and Protestant churches, all represented among Metro New York's Keralite population, which is approximately eighty-five percent Christian. Among Christians, Catholics are the largest group with forty-one percent, Orthodox account for thirty-five percent, and Protestants compose the remaining twenty-four percent. Orthodox and Catholics maintain the strongest cultural connection by importing priests from Kerala and using Malayalam-language liturgies. Many Malayali evangelical churches are transitioning leadership to the second generation, becoming more Americanized, holding English services, and seeking members outside the Malayali community. About fourteen percent of Keralites in Metro New York are Hindu and one to two percent are Muslim.

What Are Their Lives Like? "The average Keralite family has at least one person working in the health care field," said Kurien, the leader of a Kerala association in Metro New York. For most Keralites, life revolves around work (usually at a hospital) and church. Their unique immigration story, with women arriving first, has created interesting family dynamics. While women often dominate in the work world, men definitely wield the power in the church. As a result, young women often leave Malayali churches for American churches because they desire a more significant role.

How To Pray: Having a long history of Christianity in a country that is largely Hindu, Malayali Christians are susceptible to considering "Christian" an ethnic identity marker rather than a mark of their relationship with Christ. Pray for their identity to be found in Christ and not merely Christian heritage.