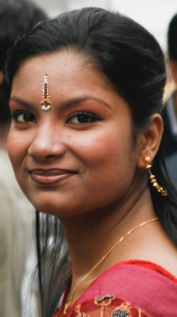 Bio: Biju Matthew, who represents the New York Taxi Alliance and wrote the book Taxi!: Cabs and Capitalism in New York City, claims that fifty-five to sixty percent of cab drivers in the city are South Asian. In a recent survey with more conservative estimates, thirty-eight percent of yellow cab drivers are believed to be South Asian, with fourteen percent of those from Bangladesh. By all accounts, Bangladeshis are now the largest cab-driving immigrant group in the city. Despite their overwhelming presence in the most visible job in New York City, many Bangladeshis are often mistaken for Indians, even though their language, religion, and culture are in most cases different. Part of the confusion is that Bangladeshis themselves feed into the misidentification, as many of the Indian restaurants in New York City are actually owned, managed, and serviced by Bangladeshis! As one restaurant worker claimed along the row of Bangladeshi-owned Indian restaurants on 6th Street in Manhattan, No one knows Bangladesh. Americans know Indian. It is good for business. There are believed to be over 100 thousand Bangladeshis in Metro New York. Almost all of the Bangladeshis in Metro New York are Bengali, many of whom are from Sylhet. There are also a small number of Garo, Santal, and Marma.

When Did They Come to New York? For twenty-four years, Bangladesh was known as East Pakistan and, as part of the independence of Pakistan from India, was ostensibly united with West Pakistan to form one country, even though their borders were over one thousand miles apart and the government was dominated by West Pakistan. In 1971, after much bloodshed, Bangladeshis won their independence, but in the years leading up to this point and the decade following, many professionals and white-collar workers left the country for places like New York. In the 1980s and 90s, many working-class Bangladeshis settled in Metro New York, either on diversity or family reunification visas, or illegally. While Bangladeshis have emigrated from all over their country, most immigrants in Metro New York come from the urban areas of Dhaka and Chittagong as well as Sylhet, whose emigrants make up a significant portion of the worlds Bangladeshi diaspora. However, immigrants from urban areas often have further associations with their original hometown, and most Bangladeshis organize along these lines. There are believed to be over sixty of these hometown Bangladeshi associations in Metro New York.

Where Do They Live? At least seven major concentrations of Bangladeshis have developed around Metro New York. A largely working-class Bangladeshi community lives around McDonald Avenue and Church Avenue in Kensington, Brooklyn. In Queens, Bangladeshis who consider themselves to have a higher standard of living than their Brooklyn counterparts are concentrated in Astoria, Elmhurst, Hillside, and Ozone Park. Bangladeshi Manhattanites reside close to Curry Row on 6th Street, between 1st and 2nd Avenues, and the New Jersey contingent is largely in Paterson.

What Do They Believe? Around ninety-five percent of Bangladeshis in Metro New York are Sunni Muslims, while the rest are primarily Hindu. Catholics and evangelical Christians exist in sparse numbers. There are over a dozen Bangladeshi mosques in Metro New York and at least two Bangladeshi Hindu temples. There are also a few small evangelical Bangladeshi churches in Queens, but only a handful of Muslim-background Christians exist in these congregations. The small numbers of Bangladeshis that have converted to Christianity in New York have almost exclusively come from a Hindu background.

What Are Their Lives Like? Among the first immigrants from Bangladesh were a disproportionate number of dentists and pharmacists. While other Bangladeshi professionals exist in Metro New York, most Bangladeshis are service workers. Besides cab driving, Bangladeshis also work in such New York institutions as fruit, hot dog, gyro, and newspaper stands, Dunkin Donuts, and Subway, and Sylhetis run many of the Indian restaurants in Metro New York.

How To Pray: In recent years, there has been a movement in Bangladesh of Bengali Muslims responding positively to the gospel and becoming believers. Pray that this movement would carry over to Metro New York, where only a handful of Bangladeshi Muslim-background Christians exist. There is an increased interest among evangelical Christians in reaching out to the Bangladeshis in Metro New York. Pray that the new ministries and church planting attempts will be successful and that existing Bangladeshi churches would begin effectively sharing Christ with Muslims.