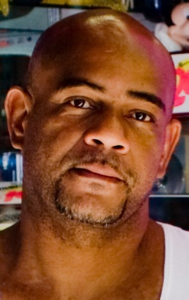 Bio: In 1914, work was finally completed on the Panama Canal, a modern marvel of engineering, determination, and hard labor. Today, a majority of the close to 40 thousand Panamanians in Metro New York (ACS 2010) can attribute their strong national identity to the construction of this one monumental project. From the beginning of the Panama Canal's construction under a failed French attempt in the late nineteenth century to the Americans' revised and successful building of the canal in the early twentieth century, Afro-Caribbeans from Barbados, Martinique, Guadeloupe, and elsewhere journeyed by the thousands to the Central American isthmus for the promise of steady work. After the canal was built, many workers stayed, and now Afro-Caribbeans and mulattos make up fourteen percent of Panama's population. Despite the country's largely mestizo and Spanish-speaking population, many Afro-Caribbean immigrants continued to speak English, mainly settling in Panama City, which bordered the American-controlled Panama Canal Zone. Their familiarity with English and the urban environment later made New York City a popular immigration destination and partially explains why seventy-five percent of Panamanians in Metro New York are Afro-Panamanians. While the remaining mestizos almost exclusively speak Spanish upon arrival, the Afro-Panamanians vary widely in their linguistic ability. Some speak only Spanish or English, while others are bilingual. With Spanish the official language of Panama, many Afro-Panamanians spoke English at home while learning Spanish at school. Having settled primarily among other English-speaking Caribbeans in New York, however, most second- and third-generation Panamanians speak only English. No matter what their background, as one Panamanian community leader claims, "There is a certain something that Panamanians have, a pride that each Panamanian possesses that unites all Panamanians together. Panamanians are paisanos [...] and we greet one another by calling out, 'Paisa!'"

When Did They Come to New York? Panamanian migration to New York began in the late 1800s with immigrants first settling in Harlem, later moving to Brooklyn. Almost twenty percent of Panama-born immigrants in Metro New York arrived in the United States before 1965, most of whom arrived in the 1950s and early 60s. Immigration steadily continued in the late 1960s up until the 1980s before slowing in the 1990s. Almost all immigrants have come from in and around Panama City or the former Panama Canal Zone.

Where Do They Live? Walking along Franklin Avenue from the southeast end of Prospect Park in Brooklyn to the far northeastern end of the park, one can clearly see the Afro-identity of most Panamanians. It is here in Brooklyn's Flatbush and Crown Heights neighborhoods, the center of America's Afro-Caribbean population, that an overwhelming percentage of Metro New York Panamanians reside, clearly embracing an Afro-Caribbean identity over their Hispanic national heritage.

What Do They Believe? Panamanians in Metro New York are almost exclusively Christian. Perhaps eighty-five to ninety percent of Latino-Panamanians are Catholic, while about half of Afro-Panamanians are either evangelical or mainline Protestant and forty percent, Catholic. The largest evangelical church in New York City, the Christian Cultural Center in Brooklyn, is pastored by Panama-born A.R. Bernard. Despite a strong Christian identity, some Panamanian Catholics incorporate elements of Pocomania into their religious practice, which involves spirit possession and other religious elements inherited from Africa.

What Are Their Lives Like? When the pioneers of Panamanian immigration came to New York City, they envisioned a bright future for their children. These first-generation immigrants were disproportionately professionals and highly educated. In a cruel twist of immigration fate, their children and especially their grandchildren have often adopted the worst aspects of New York culture, with few graduating from high school and more than a few involving themselves in illicit activities and occupations.

How To Pray: Pray that wayward Panamanian youth would have their percentage of Metro New York Panamanians lives transformed by the gospel.