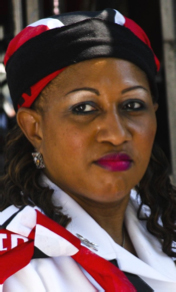 Bio: There is no bigger annual party in New York City than Carnival, the weeklong festival of Caribbean concerts, costume pageants, steel drum music contests, and other cultural events that lead up to the wild West Indian-American Day Parade on Labor Day. Over three million people participate in the annual parade along Eastern Parkway in Brooklyn. The celebration, held in many countries across the Caribbean, traces its roots to West Africa, where festivities performed for tribal deities were transported to the Caribbean as a result of the slave trade. In the Caribbean, the celebration has taken on a life of its own, and the island of Trinidad, just a few miles from Venezuela, is widely regarded as the original host and perpetual heart of the Caribbean Carnival. Trinis, as people from Trinidad are often called, brought the party to New York in the 1920s, and the event has continued to evolve, with people now wearing massive, colorful costumes that sometimes require the support of wheeled contraptions to wear! In the last US Census, close to seventy percent of immigrants from Trinidad and Tobago identified themselves as "Black or African-American." The rest are Indo-Caribbean or mixed race. While the Trinidad and Tobago Consulate and other community leaders believe there to be several hundred thousand Trinis in Metro New York, ACS 2010 estimated over 117 thousand Metro New Yorkers were born in Trinidad and Tobago.

When Did They Come to New York? While smaller waves of migration from Trinidad and Tobago took place throughout the twentieth century, the only large wave started in the 1980s. Trinidad and Tobago's economy was largely dependent on oil. When oil prices plummeted in the late 1980s, the country went into a recession, and New York's Trini population subsequently increased by fifty-seven percent through the 1990s. Recovery in the home country has taken place quickly, however, and Trinidad and Tobago now has one of the highest economic growth rates and per capita incomes in Latin America. Consequently, migration has slowed down, and wealthier and older Trini New Yorkers are returning home to invest or retire.

Where Do They Live? Eastern Parkway in Crown Heights, Brooklyn, is filled with sounds of calypso and smells of curry chicken and roti every day of the year, not just during the Carnival festivities. This neighborhood, along with neighboring East Flatbush and Flatbush, are the US centers of Caribbean life. Afro-Trinidadians in Metro New York prefer to live in the city, and the greatest concentration lives in these neighborhoods just east of Prospect Park in Brooklyn.

What Do They Believe? Wharton Nicholson came to New York to attend school but saw a bigger need once he arrived. "Many Trinis had come to New York City, and once they arrived they forgot all about God," he said. "I felt called to stay and work with them, so I planted a church." While the small country of Trinidad and Tobago is very diverse religiously due to the Indo-Caribbean population, most Afro-Trinidadians claim to be Christian. Pastor Nicholson claimed that the population in New York is forty percent Catholic, forty percent evangelical, and twenty percent Anglican although other community leaders have claimed the Catholic population to be larger than the evangelical. Either way, Caribbean Baptist and Pentecostal churches abound in Brooklyn, with some having more of a Trini concentration than others. Although a small percentage of the population, some Afro-Trinidadians are Muslim or belong to Afro-centric religions such as Shango, Spiritual Baptist, and Rastafarianism.

What Are Their Lives Like? "We didn't even know there were blacks, Indians, or Chinese in Trinidad until we all came to the US, they were just people," a Trini business owner claimed, referring to the race consciousness of Americans. This has been a struggle for Afro-Trinidadians, who feel they are misjudged and stereotyped regularly, especially since they pride themselves on their value of education. The same business owner claimed every Trini grows up hearing, "The future of Trinidad and Tobago is in your schoolbag," and stated that many Afro-Trinidadians are teachers and professors in New York. Other occupational niches include nursing, domestic work, technical fields, and small business.

How To Pray: Many Afro-Trinidadians arrive in New York with strong values, faith, and education but find their children choosing another path, which sometimes involves drugs, crime, and gangs. Pray that God would draw Afro-Trinidadian youth into fruitful and productive lives.