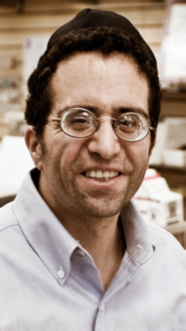 Bio: In the early twentieth century, when America's educational policies focused on assimilating and "Americanizing" immigrants into an idealized "melting pot," the Syrian Jews of Metro New York took measures to ensure that they would retain their ethnic, cultural, and religious identity. In 1935, a takkanah, or rabbinical edict, was signed by several leading Syrian rabbis, declaring that Syrian Jews could marry neither non-Jews nor those who had converted to Judaism solely for the purpose of marriage. Since that time, the edict has been reaffirmed in 1946, 1972, 1984, and again in 2006. The edict has also been strengthened, so that Syrian Jews are now forbidden to marry any convert to Judaism, even if the conversion has been validated by other Orthodox rabbis. Intermarriage with non-Syrian Jews is at a very low rate, and even contact with non-Jews is minimal. While most immigrant groups in the last century have lost their ethnic identity through subsequent generations, the measures taken by Syrian Jews have actually strengthened ethnic and religious identity through each generation, creating a more cohesive Syrian Jewish community today than the one that first arrived in America! While Syrian Jews typically trace their family"s migration to America directly from Aleppo or Damascus, many Lebanese and Egyptian Jews are also of Syrian descent and tend to assimilate into the larger Syrian-Jewish community, which numbers around 75 thousand in Metro New York.

When Did They Come to New York? Avoiding compulsory military service under the Ottoman Empire and seeking economic opportunity, Syrian Jews started leaving their country and arriving in New York City around 1908. Most of the Syrian Jews in Metro New York are descendants of those who arrived between 1908 and 1924. These Syrian Jews were primarily from Aleppo although there was a minority from Damascus. The Suez Crisis in 1956 sparked Egyptian Jewish emigration, and retaliation against Jews in Lebanon, due to the 1967 Six-Day War, incited Lebanese Jews to leave for New York. When Syria lifted a travel ban in 1992 on its remaining Jewish citizens, almost all of them left for New York City.

What Do They Believe? Syrian Jews are Sephardic, which is a term that specifically refers to those who follow the traditions of Jews who once lived in the Iberian peninsula but has broadened to designate all non-Ashkenazi Jews, including Mizrahi Jews, who are those that descend from communities in the Middle East, Central Asia, and the Caucasus. Whether they come from Morocco, Syria, or Iran, Sephardic Jews have similar religious customs. The Syrian Jews are typically more Orthodox and religiously observant than other Sephardi, and the trend has been for the community to become more Orthodox with each subsequent generation. While dozens of yeshivas have been started to educate their children, there are also over fifty Syrian-Jewish synagogues in Metro New York.

What Are Their Lives Like? Unlike the Ashkenazi, the Syrian Jews have typically believed that trade rather than education is the path to success. Although Syrian Jews did not have much money upon arrival in America, they have been largely successful in the apparel, electronics, and real estate industries and are now one of the wealthiest Jewish communities in the world. Whether at their large households in Brooklyn or their Mediterranean-style mansions in Deal, Syrian Jews are constantly celebrating weddings, circumcisions, bar and bat mitzvahs, and the regular Jewish holidays together.

How To Pray: Due to the Syrian Jews, insular community, it is difficult for Christians to have access to them. Pray that through business, college, or other means, this access would be made possible. Pray that Syrian Jews would see an emptiness in their deep materialism and turn to Christ.