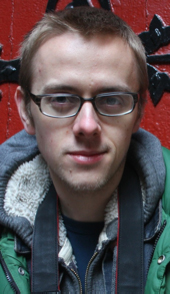 Bio: Life is much different in a land that is not haunted with reoccurrence of war. As a result, many Serbs have left their homeland to live in America, and an estimated 40,000 call Metro New York home. The influence of war on Serbian life is strikingly evident in their major celebration of the year, called Vidovdan, or St. Vitus' Day, which occurs on June 28. Unlike most ethnic groups who reserve their major holidays for celebrating historical conquests of war or political victories, the Serbs celebrate their June 28, 1389, defeat by the Ottoman Empire. The defeat represents the resilience of their people who, tragically, have been central players in the wars of the twentieth century. It was on June 28, 1914, that a Serb killed Franz Ferdinand, heir to the Austro-Hungarian throne, an event that triggered World War I. It was on June 28, 1919, that the Treaty of Versailles was signed, ending World War I. It was on June 28, 1921, that the new constitution of the Kingdom of Serbs, Croats, and Slovenes, more commonly known as the Kingdom of Yugoslavia, was proclaimed. It was also on June 28, in 2001, that Serbian President Slobodan Milo evi, whom detractors accused of instigating the Yugoslav Wars in Slovenia, Croatia, Bosnia, and Kosovo, and killing or displacing millions of people, was deported to the Hague to stand trial for war crimes. While New York is sometimes characterized as cold and cruel, it is warm and welcoming to some, especially Serbs who have made it their home.

When Did They Come to New York? Although almost all Serbs who immigrated in great numbers to America in the late nineteenth century ended up in other industrial cities, a small Serbian community developed in New York City around 9th and 10th Avenues between 21st and 40th Streets. The next significant wave to New York consisted of World War II refugees, who came after 1946, becoming very involved in their country's politics from a distance. In the 1960s, Yugoslavia's loosening emigration policies allowed many Serbian professionals to move to New York City and, most recently, the political turmoil of the 1990s resulting in the Yugoslav Wars provided significant motivation for Serbs to leave their country. While undoubtedly, many Serbs have ended up in the city as a result of war in their homeland, many have come to Metro New York for business, education, to reconnect with their family, and to make money to send back to their family in Serbia. Due to the long history of Serbian immigration, the 2000 Census shows that more than seventy percent of self-identified Serbs are actually American children of their immigrant parents, grandparents, or more distant ancestors.

Where Do They Live? Whereas the Serbian Orthodox Cathedral of St. Sava on 26th Street in Manhattan provides a historical link to the first Serbian immigrants, these days Serbs are concentrated in Queens, mainly in Astoria and Ridgewood, although the Serbian Club is located on 65th Place in Glendale. Not to be left out, New Jersey has a Serbian concentration in the Cliffside Park area.

What Do They Believe? Milan Lucic, a Serb who runs a community radio and TV show, says plainly, "If ethnic group, but religion against religion, Christian Orthodox and Serbian identity have blended into one. Even in preparation for this profile, the Serbian Consulate General suggested that St. Sava Cathedral was the best source of information. While there are certainly Serbs of other faiths, the majority of Serbs liken leaving the Orthodox faith to ceasing to be Serb.

What Are Their Lives Like? With both Serbian men and women highly educated and professionally successful in fields such as engineering, medicine, law, and the hotel industry, assimilation has come easily. Like Serbian immigrants in previous decades, some use New York as a base for political and social activism, and as most Serbs are born in the area, they consider the city their permanent home.

How To Pray: When ethnic and Christian identities are the same, being Christian often means nothing more than practicing one's culture. Instead, pray that Serbs enter into a living relationship with Christ. There are no known evangelical Serbian churches in Metro New York. Pray for one to start.