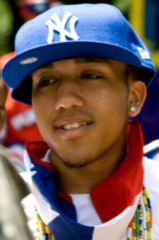 When Did They Come to New York? As Puerto Rico is a territory of the United States, Puerto Ricans receive United States citizenship status at birth. This arrangement was established in 1917, and Puerto Ricans have been making their way to New York ever since. However, a large- scale immigration of Puerto Ricans to the city did not take place until 1947. In the ten years following, a great number came to the city due to Puerto Rico's booming population growth, lack of work opportunities, and poor standard of living. The abundant job availabilities in New York City's garment district and other service jobs served as a magnet for new Puerto Rican immigrants. While emigration from Puerto Rico slowed in the 1960s, a recession-induced wave of new Puerto Ricans came in the late 1970s, and the 1980s witnessed a steady stream of new immigrants due to increased violence, overcrowding, and unemployment on the island. Many Puerto Ricans retire in Puerto Rico, while second- and third-generation Puerto Ricans steadily move out of the city into the surrounding counties, warmer climates such as Florida, or elsewhere in the Northeast, where living conditions are better and cheaper.

Where Do They Live? East Harlem, commonly known as el barrio, or Spanish Harlem, received its name from the strong presence of Puerto Ricans in the neighborhood. The Puerto Rican flavor of East 116th Street and the surrounding area, however, is less pronounced these days, as Mexican taco stands and luxury condos in real estate-marketed "SpaHa" (Spanish Harlem) reflect competing entities for neighborhood identity. The Lower East Side has historically been an important Puerto Rican neighborhood, with such landmarks as the Nuyorican Poets Caf, but their population there is steadily declining. Almost all of the Bronx has a strong Puerto Rican contingent, and successful Puerto Ricans continue to move to New Jersey, Long Island, and Connecticut.

What Do They Believe? Almost twenty percent lower than the total Hispanic count, around forty-nine percent of Puerto Ricans in America are Catholics, and around twenty-seven percent of Puerto Ricans are evangelical Christians, a number twelve percent more than Hispanics in general. The rest are mainline Protestants (nine percent), "other Christian" (four percent), or secular (nine percent). In addition, some Puerto Rican Catholics and others practice varying levels of Santer­a, which is based on the traditional religious beliefs of the Yoruba from West Africa.

What Are Their Lives Like? Puerto Ricans love to celebrate. At such events as the Three Kings Day and Puerto Rican Parade, one of the largest ethnic parades in New York City, their festive spirit is on full display. While Puerto Rican professionals abound, social problems such as crime, gangs, unemployment, and an alarmingly high divorce rate plague their urban community.

How To Pray: Pray that Puerto Rican Christians will actively make a difference in their community and that Christ would be victorious over the social ills that trouble many of their people. Pray that the vibrant evangelical churches led by Puerto Ricans throughout the city will effectively share the gospel with new immigrants from Central and South America.