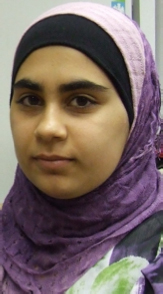 Bio: "In Syria, I had many friends, but here I don't have any friends yet, only my family," explained sixteen-year old Rima, who recently arrived from Syria to join her mother and father in Bay Ridge, Brooklyn. For Syrio-Lebanese Muslims such as Rima and her family, who number between 14 thousand and 21 thousand in Metro New York, finding their place in the greater Arab-American community raises a long-standing question: Is there a unified Arab identity? Arabs are fragmented by nationality, ethnicity, religion, and culture. From World War I until the 1960s, several unsuccessful attempts were made to unite the Arab world, such as the pan-Arab and Arab unification movements. These failed in large part because of conflicting political agendas. The drive for Arab unity began to fade in the mid-1970s, and by the 1980s, the concept of pan-Arabism was eclipsed by the increasing influence of Islamist movements. While Muslims are the fastest-growing group in the Arab-American community, Arabic-speaking Muslims constitute a small minority of the 800 thousand-strong Muslim population in Metro New York. A young person such as Rima is likely to witness many changes as Metro New York's Arab-American community evolves and continues to search for its collective identity.

When Did They Come to New York? Very few Muslims came with the major waves of Christian and Jewish emigrants from Greater Syria during the late 1800s and early 1900s. The vast majority of Syrio-Lebanese Muslims in Metro New York arrived after 1965. The largest wave began with the arrival of thousands of Lebanese fleeing a sixteen-year-long civil war. An estimated 900 thousand people, twenty percent of Lebanon's pre-war population, were displaced from their homes, and approximately 250 thousand emigrated. Syrians had no similar crisis compelling them to leave, so they have been arriving at a more steady pace than the Lebanese. Most of the Syrians and Lebanese coming today are seeking better educational and job opportunities. As in Rima's situation, often a parent will come first to get established, and the family will join later. While immigration came to a halt after 9/11, the flow has started again but at a lower level than that of the 1990s.

Where Do They Live? Bay Ridge, Brooklyn, has the largest concentration of Syrio-Lebanese Muslims in New York City. While this neighborhood was once dominated by Arab Christians, the Muslim presence has grown significantly since 1965. The area along 5th Avenue between Senator and 73rd Streets is the main Arab-American thoroughfare, with shops, restaurants, and businesses. The northern New Jersey city of Paterson is also home to a large Arab-Muslim population, including many Syrians and Lebanese. People looking for an outstanding Syrian or Lebanese meal, specialty groceries, or baked goods can find just what they want on South Paterson's Main Street.

What Do They Believe? The vast majority of Syrio-Lebanese Muslims belong to the Sunni sect although a Shi'ite minority can be found among both Lebanese and Syrians. Also present in small numbers are Alawites, an offshoot of Shi'ah Islam, and the Druze. The Druze faith originated in Islam, but its followers are no longer considered Muslims by the Islamic community. A couple of evangelical ministries are working among the Syrio-Lebanese Muslim community in Brooklyn. One group provides ESL classes and activities for women, and Arabic churches exist that have some outreach to Muslims.

What Are Their Lives Like? "My father is a chef at a restaurant in Manhattan," Rima said. "He is a very good chef!" Most of the Syrio-Lebanese Muslims in Metro New York are educated, speak English fairly well, and work in professional occupations, businesses, restaurants, and shops. Unlike the early Syrio-Lebanese Christian settlers, who were pressured to conform to Anglo-American culture, the diversity in Metro New York today allows Muslim immigrants to maintain their distinctiveness. However, many still fear their children will become "Americanized" and lose their Arab values.

How To Pray: The Apostle Paul was converted on his way to Damascus (which is in Syria). Pray that evangelical ministries in the Syrio-Lebanese Muslim community will yield powerful converts to Christ. Pray for an outreach to Arab men to begin, as most current ministries focus on women.