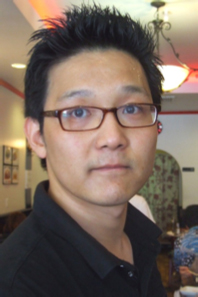 Bio: In an accent that Koreans immediately identify as Korean-Chinese, Caroline describes the immigrant life, "For the first five years, you really want to go back home. After that, you really want to stay!" With an estimated population of 20 thousand in Metro New York, the Korean-Chinese are an increasing presence in the city. Their ancestors moved to northeast China from what is now North Korea between 1860 and 1945, and they are now known in Chinese as the Chaoxian ("Chosun" in Korean), which is the word for North Korea. As one of China's official ethnic minorities, they have their own autonomous region called the Yanbian Prefecture where they run the schools, hospitals, and local government. Korean-Chinese are allowed to keep their language and cultural traditions, and unlike some other minorities, they are not harassed by the Chinese government. In Metro New York, the Korean-Chinese are a human bridge between two of the largest and most successful immigrant communities, the Koreans and the Chinese. Influenced, but often over-looked and exploited, by both groups, they belong to neither. As their numbers grow and they gain a foothold in the economy, they are becoming a powerful force in Metro New York. With the ability to speak both Korean and Mandarin and their connections to China, they have opportunities to attract international business and tap into two large ethnic markets.

When Did They Come to New York? Even with the difficulties of securing a US visitor visa in China, Korean-Chinese began arriving in Metro New York in the 1990s, with a huge surge since 2000. Almost all have the same goal: to make as much money as possible to send back to family. Some Korean-Chinese came to go to college, but few can afford that today. With visas now harder to obtain, many Korean-Chinese resort to the dangerous option of using "brokers" to bring them in through Mexico.

Where Do They Live? A walk through "Korean Chinatown" along Northern Boulevard between Union Street and 41st Avenue in Flushing, Queens, reveals a growing number of Korean-Chinese restaurants and shops along with countless nail salons where Korean-Chinese work. Not surprisingly, the largest concentration of Korean-Chinese live right where one might expect, at the intersection of Metro New York's largest Korean and Chinese communities. Groups of Korean-Chinese have moved to Fort Lee, New Jersey, just across the George Washington Bridge, where there is a large Korean community and growing numbers of Chinese.

What Do They Believe? "Nothing, they believe in nothing," said the pastor of one of the two Korean-Chinese churches in Flushing. Korean-Chinese immigrants in Metro New York grew up under the influence of atheism in China. Some have retained remnants of Buddhism, but very few have any connection to Christianity, totally unlike their South Korean kindred. Having existed in a spiritual vacuum for most of their lives, they are a "blank slate" upon which to write the good news of Jesus Christ, but reaching them is a challenge. In their desperation to earn money, they work long hours, often seven days a week. One of the Korean-Chinese churches has gained trust in the community by effectively meeting needs through ESL classes and social activities.

What Are Their Lives Like? "Mr. Xu," a Korean-Chinese from Flushing, made headlines when, with the help of the Korean Workers Project, he successfully obtained back wages from a New York construction company that had refused to pay him. Eager to work, Korean-Chinese are often targets for unscrupulous employers who pay low wages and demand long hours. While men have a choice between restaurant work and construction, Korean-Chinese women work almost exclusively in nail salons. Most Korean-Chinese come to Metro New York alone, so work becomes their lives, and loneliness is a constant companion. Some turn to alcohol and gambling to fill the emptiness.

How To Pray: As most Korean-Chinese have little time outside of work, pray that a vision will develop and a way will be made to share the gospel with the Korean-Chinese community at their workplace. Pray that the evangelistically minded Korean Christian community will embrace the mission of reaching Korean-Chinese in their neighborhoods and workplaces.