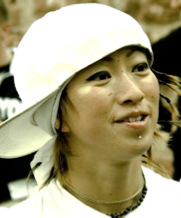 Bio: The attraction of New York to immigrant groups is almost exclusively based on its being "the Financial Capital of the World," with its universities offering immigrants ample opportunity to connect with successful businesses. Japanese New Yorkers are no exception, as their constituents include a large number of businessmen and their families, as well as a large number of students. However, unique among immigrant groups in the city, many Japanese were lured to Manhattan by arts, culture, and freedom of expression. Nearly sixty percent of the Japanese in New York are women. While some of this may be attributed to frequent marriages between Japanese women and American men, the disparity also reflects the attraction of the city to young Japanese women in search of social and creative freedom. Coming from a male-dominated society with rigid social, educational, and occupational expectations, the journey to New York for many Japanese women, as well as men, is a search for identity. According to the Consulate General of Japan and the 2010 American Community Survey, the Japanese population numbers around 50 thousand in Metro New York.

When Did They Come to New York? Although the Japanese have had a large presence in Hawaii and California for a long time, their presence in Metro New York is a recent phenomenon. A steady immigration of Japanese businessmen and students to New York started with increased visa allotments in 1965. This immigration continues, yet Japanese businessmen and their families often stay no more than five years before returning to Japan. With Japan having the second-largest gross domestic product in the world, America does not provide the economic incentive for immigration for Japanese that it offers to other groups. Nevertheless, after three decades of booming economic growth, Japan's economy slowed down tremendously in the 1990s, causing more interest in New York among businessmen. The 2000 Census revealed that close to seventy percent of the Japanese in Metro New York arrived in the previous decade. Adventurous, creative, and free-spirited Japanese young people started arriving during this time as well, many of whom felt stifled by the traditions of Japan. Their immigration continues until this day.

Where Do They Live? Once a welcoming locale for "huddled masses," Manhattan's East Village is now host to New York City's largest "Little Tokyo," located at St. Marks Place and 9th Street between 1st and 2nd Avenues. While nearly thirty percent of the Japanese in Metro New York live in Manhattan, there are also large concentrations in the Fort Lee area of New Jersey and in Westchester County.

What Do They Believe? Japanese have long treated religion like a buffet. For instance, it is not uncommon in Japan for a person to have a Shinto wedding, celebrate Christmas, and observe a Buddhist funeral. Over the past few decades, though, materialism has become the pervading ethos of society, causing the influence of organized religion to diminish tremendously. Whereas many descendants of Japanese immigrants on the West Coast have become Christians, a majority of the Japanese in Metro New York are nonreligious, even though almost all would claim to be Buddhist. For most, religious rituals are only performed at major life events, such as weddings and funerals.

What Are Their Lives Like? After thousands of Japanese-Americans were put into internment camps in the 1940s, they made a conscious effort to assimilate into mainstream American culture. In one sense, Japanese New Yorkers today act the same. They want to know and befriend Americans, experiencing and learning American culture. On the other hand, most Japanese have a profound Japanese identity and simply desire to experience the arts, universities, or business world in New York before moving back home.

How To Pray: Pray that Japanese will see the futility of materialism and will find meaning in Christ. Many young people from Japan have come to America in search of their identity and often struggle with depression. Pray that God will reveal to them in Christ what they really need.