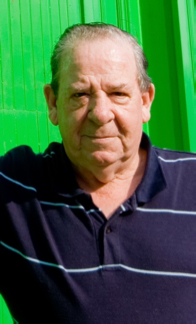 Bio: Even though it was a frigid January evening in New York, the outdoor temperature seemed to have no effect on the merry atmosphere inside Donovan's Pub in Woodside, Queens. For decades, Donovan's has been a bastion of Irish familiarity in a neighborhood of turbulent ethnic turnover, and despite a slight lull from 1965 to 1985, the Irish could always count on a steady inflow of newcomers to add life to the party. Throughout the first decade of the twenty-first century, however, many regulars at Donovan's and other pubs throughout New York City have been returning home to Ireland. This return migration marks a historic shift in the centuries-old relationship between New York and Ireland. New York has always been on the receiving end of the deal, so much so that it is difficult to actually define who is "Irish" today. According to the 2010 American Community Survey, 156,616 people in New York City claimed a single ancestry of Irish, while 805,874 people in the Metro area did the same. However, only 14,122 people in New York City and 36,810 in Metro New York were born in Ireland (ACS 2010).

When Did They Come to New York? While the Irish were in New York well before, the Irish Potato Famine of the 1840s initiated the first large wave of Catholic Irish immigrants. Emigration from Ireland continued steadily until the 1920s, then picked up again after World War II, and then saw a tremendous decline from 1965 to 1985. In the 1980s, Ireland had one of the largest unemployment rates in Europe, causing many well-educated young people to seek undocumented work in New York. The economic boom of Ireland in the 1990s to the present time, however, has not only encouraged many of these young people to return but also has lured many other Irish to their homeland as well. The time period of 2000 to 2008 saw a remarkable decline of forty-nine percent in the foreign-born Irish population of New York City, and a twenty-five percent decline in Metro New York.

Where Do They Live? Pubs like Donovan's are both relics and invigorating to the Irish community. Although many traditional Irish neighborhoods have dissipated as the American-born spread throughout the city, such places as Woodhaven, Lincoln, and Yonkers on the Bronx-Westchester border, Pearl River in Rockland County, and Woodside in Queens still have vital signs of Irish life.

What Do They Believe? The political strife between the largely Catholic Republic of Ireland and the largely Protestant Northern Ireland has only bolstered the sense that Roman Catholic identity is also a national identity. Whereas many have become nonreligious, the Irish have made large contributions to religious New York with such institutions as St. Patrick's Cathedral, the best-known religious building in New York City.

What Are Their Lives Like? When the executive director of the American Irish Historical Society was asked to describe the Irish people, he adequately described in one word what anyone would have observed at Donovan's Pub. He simply said, "Convivial," which means they are jovial people who are fond of eating, drinking, and good company. Irish are well integrated into New York life and make up a significant portion of the employees of the fire and police departments.

How To Pray: There are no known recent attempts that specifically focus on reaching the Irish with the gospel. Pray that churches in their neighborhoods and others would gain a heart for sharing with them. The Irish were once responsible for evangelizing England and much of Western Europe. Pray that God would use them once again to create a movement of people turning to Christ. Pray for churches to be established in Woodlawn, Woodside, and Pearl River that would connect with the Irish over the same values of family and community development.