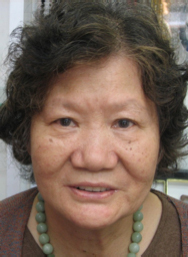 Bio: Chinatowns throughout Metro New York received a makeover when the Hong Kongese started investing in the city in the last several decades. Coming from a city that sits at the top of the financial world alongside London and New York City, Hong Kongese have created larger, glossier, and more sophisticated Chinese businesses throughout the city. Many Hong Kongese trace their ancestry back to Guangdong Province, and they are proud of their use of Cantonese as their standard language although many also learn English and Mandarin. They are capitalists, cosmopolitan, educated, organized, and largely influenced by the West due to Britain's colonization of Hong Kong until sovereignty was transferred to the People's Republic of China (PRC) in 1997. As mainland Cantonese immigration has dwindled over the last few decades, many of the first-generation "Cantonese" in Metro New York are Hong Kongese.

When Did They Come to New York? Hong Kongese immigrated with other Cantonese in the late 1840s, but it was not until the Hart-Celler Act of 1965 that a large number of Hong Kongese made their way directly to Metro New York. Although some of these immigrants were refugees from mainland China who escaped to Hong Kong and spoke Mandarin, most were Cantonese speakers who helped maintain Cantonese as the de facto language of Chinese New York. When an announcement was made in 1984 that Britain's sovereignty over Hong Kong would be transferred to Communist China in 1997, cosmopolitan and capitalistic Hong Kongese became very anxious about what would take place. A mass emigration ensued. One Hong Kongese woman who came to New York during this time insisted, "We don't have anything against Chinese government, we just want Hong Kong to be free. We just want our freedom." The Tiananmen Square incident in 1989, in which hundreds of public protestors were killed by the PRC military, only increased Hong Kongese anxiety. Hundreds of thousands of Hong Kongese left the city, some of whom never returned, and some of whom returned with foreign passports that served as their "insurance policies" in case things did not work out under PRC rule. A disproportionate number of these emigrants were wealthy professionals who felt that Hong Kong's political situation was not good for investment. As a result, New York became a choice destination due to its sizeable Cantonese community, financial opportunities, and the same posh brands they had become accustomed to in Hong Kong. Hong Kong's transition out of manufacturing into financial services left many working-class people jobless in the 1980s and 1990s as well, prompting many of them to move to New York. With a "one country, two systems" policy that has been honored by the PRC since 1997, Hong Kong's economy is doing well. Consequently, emigration from Hong Kong has lessened, and some professionals in New York are moving back to Hong Kong.

Where Do They Live? Hong Kongese are still largely concentrated in Metro New York's Chinatowns. The largest concentrations are in the Chinatowns of Manhattan and Flushing, Queens, although large numbers also exist in Jackson Heights and Elmhurst in Queens and throughout south Brooklyn.

What Do They Believe? Along with other Chinese, over half of Hong Kongese never attend places of worship, which makes them the least religious immigrant group from East Asia. However, unlike mainland Chinese who have been influenced by communism, Hong Kongese are nonreligious due to, among other factors, their materialism. A Hong Kongese pastor in Queens claimed that less than five percent of Hong Kongese in New York are evangelical Christian, which he estimated was lower than the percentage in Hong Kong. A Hong Kongese member from his church claimed, "When I became a Christian, my family thought it was ridiculous. They were so interested in making money, when I gave money to the church they thought it was stupid, like throwing money to the wind."

What Are Their Lives Like? Compared to other Chinese, Hong Kongese are disproportionately involved in owning real estate and garment businesses. Even though many Hong Kongese professionals are present, the working-class Hong Kongese outnumber them in Metro New York.

How To Pray: Many Hong Kongese were exposed to the gospel back home but have chosen to live for their material success. Pray that they would invest in the "eternal" instead of the "temporal."