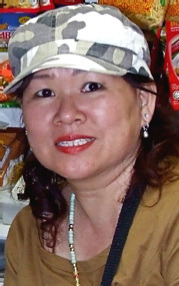 Bio: "Open to bumiputra entrepreneurs only," states the eligibility requirements for a business loan through a Malaysian bank. Ask a Malaysian in Metro New York what this means, and one is likely to get an earful. After gaining independence in 1957, the government of Malaysia established a race-based affirmative action system in order to increase the economic power of ethnic Muslim Malays, the bumiputra, or "sons of the earth." Despite their status as the majority ethnic group, the Malays were more likely to be poor and uneducated in comparison to minority groups such as the Chinese and Indians, who came to Malaysia during the British colonial period as laborers in the tin mines and plantations. Highly motivated and hardworking, the Chinese in particular came to dominate Malaysia's business and professional sector, growing far wealthier than the ethnic Malays. Hoping to level the playing field, Malaysia enacted a quota system in the 1970s to favor bumiputra in higher education and civil service. They also receive discounts to purchase new homes. Although 2009 reforms have lifted the restriction in many economic sectors, businesses desiring to be listed on Malaysia's stock exchange have long been required to have thirty percent bumiputra ownership. Faced with such discrimination, ethnic Chinese Malaysians have been far more likely to leave Malaysia than ethnic Malays. While Chinese make up twenty-four percent of Malaysia's population, they account for close to ninety percent of Metro New York's 40 thousand-strong Malaysian community. As Helen, the owner of a Chinese Malaysian restaurant in Flushing, explained, "I have been here for twenty-four years, and I've only met a handful of Malays."

When Did They Come to New York? In the early years of bumiputra policy, the Malaysian economy expanded, making it easier for the Chinese to accept the preferential treatment of Malays. However, when the Malaysian economy took a downturn in the mid-1980s, Chinese began to leave in large numbers. Most were wealthy enough to come on tourist visas and stay, like Helen, who worked as a nanny, eventually obtaining a green card before opening her restaurant. Although some returned home when Malaysia's economy picked up again in the 1990s, census data shows the Malaysian population in New York City alone grew by 170 percent between 1990 and 2000. A steady stream of Malaysians has continued to arrive since 2000.

Where Do They Live? "We are very different from mainland Chinese!" Helen said adamantly. Since Chinese Malaysians are fluent in Cantonese, and some speak Mandarin or Hokkienese, it is easy for them to live and work in Metro New York's large Chinese communities, such as Flushing and Elmhurst in Queens or Manhattan's Chinatown. However, it is clear they maintain their own identity. Ethnic Malays seem to blend in around Metro New York, they are not known to congregate in specific areas.

What Do They Believe? "Because they held onto Buddhism and ancestor worship, Chinese Malaysians are harder to reach with Christianity than mainland Chinese, who have been atheists for sixty years," explained Pastor Yee, a Chinese pastor in Flushing. Although eighty percent claim to be Buddhist, materialism and financial success seem to be the real gods for most Chinese Malaysians. This leads them to take a consumer approach to religion, they will worship whatever or whoever blesses them with success and happiness. Often, they will have a Buddha statue at their business and a shrine for ancestor worship at home. Close to twenty percent of Chinese Malaysians in Metro New York are evangelical Christians. While no exclusively Chinese Malaysian churches exist, several Chinese churches have a strong Chinese-Malaysian presence. Like Indonesian and Singaporean Muslims, ethnic Malays align with the Shaf'i school, the second-largest school in Sunni Islam.

What Are Their Lives Like? When Chinese Malaysians get together, it is usually on special occasions at one another's homes. Pastor Yee explained, "There's little sense of community among Chinese Malaysians. Their lives revolve around work and family, typically putting in long hours to earn as much as possible." Helen added, "We don't really interact with mainland Chinese or Malays at all."

How To Pray: Many Chinese Malaysians reject Christianity because they find the emphasis on humility and suffering offensive. Pray they would grasp God's holiness and seek His mercy and saving grace.