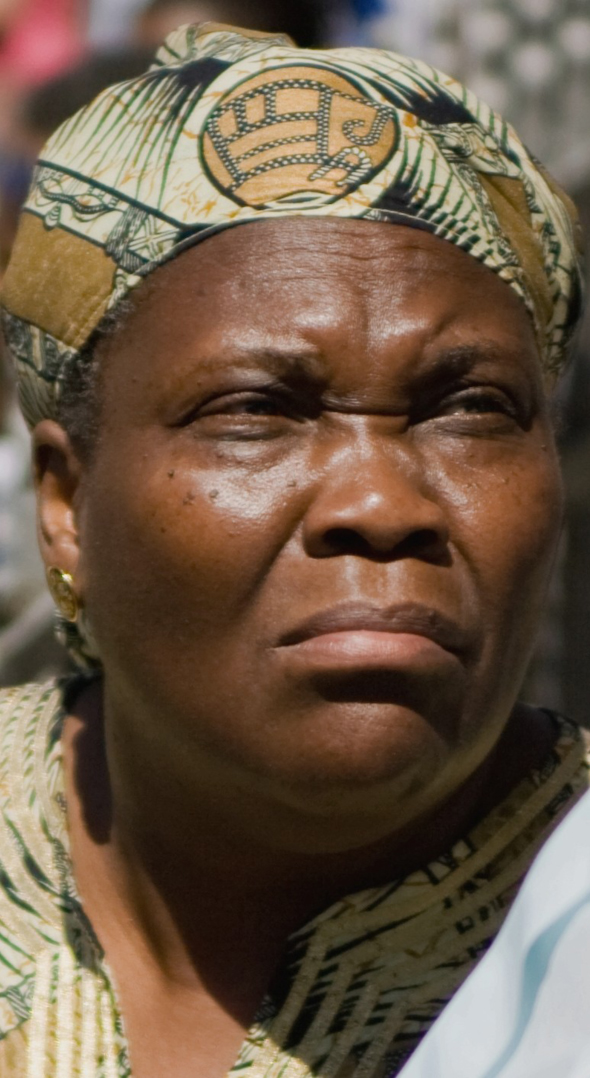 Bio: Said to be inspired by voodoo and armed with magical weapons, an army of slaves revolted, won their independence from France in 1804, and made Haiti the first black-ruled country in the Americas. A couple of centuries later, voodoo still retains an influence over Haiti and the Haitian diaspora. Among the estimated 500 thousand Haitians in Metro New York, hundreds of manbos (voodoo priestesses) and houngans (voodoo priests) service a community that longs for stability, financial success, health, luck, and happiness, all of which have been hard to come by in their home country of Haiti, as well as in America. Through voodoo, many Haitians seek the protection and prosperity they long for by marrying themselves to spirits called Iwa. In a typical voodoo marriage ceremony, a small crowd gathers in an inconspicuous place like a Brooklyn townhome basement and offer food that pleases the "special guest" of the party as they conjure the Iwa through a mix of incantations, Catholic songs, and prayers. When the atmosphere is properly "heated up," an Iwa comes and possesses the manbo, houngan, or another guest. The Iwa then "rides" the human, taking over the person's voice, words, and behavior. In describing her marriage to the Iwa Danbala, ethnographer Karen Brown explains that Danbala chose to possess the manbo's young male relative. The young man fell to the ground, wiggling and hissing like a snake. After biting into an offering of raw egg, Danbala slid a coiled serpent wedding ring onto Brown's finger and, shortly after, the two signed a marriage contract. Brown would honor Danbala, and Danbala would protect and guide Brown. Although a vibrant evangelical Christian community certainly exists, many Haitians, in a city characterized by loneliness, have trusted in Iwa to provide security and companionship.

When Did They Come to New York? Of the forty-nine countries listed by the UN as "least developed," Haiti is the only one located in the Western Hemisphere. The chaos of government and economics in Haiti throughout the latter half of the twentieth century has literally brought "boatloads" of Haitians into America. From the professionals and politicians who arrived during the autocratic rule of Francois "Papa Doc" Duvalier (1957-1971), to the poorer "boat people" who arrived in Florida and then New York during the reign of "Baby Doc" Duvalier (1971-1986), Haitians have desperately "rowed" their way to economic and political respite. The 2010 earthquake that devastated Haiti will only increase Haitian immigration in the days ahead, legally or illegally.

Where Do They Live? Beginning with the first large wave of Haitian immigrants to New York, the Caribbean neighborhood of Flatbush, Brooklyn, has been the heart of the Haitian community. Irvington-Orange, New Jersey, and the area northeast of JFK Airport also have large concentrations of Haitians.

What Do They Believe? Concerning Haitian religion, a common joke claims that one hundred percent of Haitians have a Catholic or Protestant identity, but one hundred percent serve the voodoo spirits. Even in the CIA World Factbook entry on Haiti, Haitians are listed as eighty percent Catholic and 16 percent Protestant, yet a special note claims that "half of the population practices voodoo." In New York, however, evangelicals are on the rise. Boasting some of the most successful church planting ministries in Metro New York, Haitian evangelicals have started churches throughout the Metro area and have led many of their people to place hope for security and companionship in Jesus Christ.

What Are Their Lives Like? No matter where their religious loyalties lie, religion plays a vital role in Haitian life. Many first-generation nurses, nannies, store owners, taxi drivers, and professionals worry that their children are losing Haitian culture and identifying themselves more as African- Americans.

How To Pray: Practitioners of voodoo correlate Catholic saints with voodoo Iwa in a syncretistic Catholicism that pervades Haitian life. Pray that, instead, Haitians would wed themselves to truth in Christ.