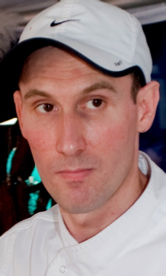 Bio: "I came here the hard way! It took a lot of time and money to get my green card," exclaimed Katia, a young French woman who has lived in New York City since 2000. "Most of the French living here don't go through what I did because they're expats [expatriates] working for French companies. Their companies do everything, even pay for housing and private school," she explained. "But I'm glad I came the way I did. I learned a lot and assimilated quickly." Of the nearly 60 thousand people with a single French ancestry living in Metro New York (ACS 2010), the majority are expats who only stay a couple of years for work assignments. However, some French have chosen to make New York their permanent home, like Olivier, a shoe designer who left France twenty years ago. "In Paris, I had two little shoe stores, and I barely made enough to stay open, so I decided to come to the US," he explained. "I go back to Paris for business, but I'm very happy to be living here." Although French-American relations have been frosty in recent decades, there is a long history of goodwill between the two nations. Without the support of the French, it is unlikely the American colonies could have defeated the British in the Revolutionary War. A century later in 1884, France gave New York its most distinctive landmark, the Statue of Liberty. To return the favor, in the twentieth century, the US came to the aid of France in both world wars, helping the French defeat their enemies and keep Western Europe free from totalitarianism.

When Did They Come to New York? The French were among the earliest settlers in New York. French Protestants, called Huguenots, first came in the early seventeenth century. A large wave arrived in the latter part of the seventeenth century after the Edict of Nantes was revoked and persecution against Protestants increased. During the French Revolution (1789-1799), thousands of Catholics fled France, shifting New York's French community from largely Protestant to Catholic. Since then, French immigration has been steady without a major surge. Today, the majority come for work, marriage, education, or just to experience life in Metro New York.

Where Do They Live? The towns of Larchmont and Mamaroneck in Westchester County are very popular with French expats because of their proximity to the French-American School of New York, a bilingual and bicultural school with over six hundred students. Similarly, the Upper East Side near the French Consulate and Lyce Francaise, a very exclusive school, also has a significant French presence. Non-expat French are more likely to assimilate into other parts of Metro New York.

What Do They Believe? "I think the majority of French people do not believe in anything," said Reverend Massey, Rector of the L'Eglise Francaise du Saint Esprit in Manhattan, a French-speaking Episcopal church that traces its roots back to the Huguenots. "Of course, most will tell you they are Catholic, but maybe twenty-five percent adhere to it," he continued. French Catholics are known to attend the St. Vincent de Paul Roman Catholic Church in Manhattan's Chelsea neighborhood, along with St. Augustine's in Larchmont, both of which hold French-language Masses. Up to five percent of the French in Metro New York are Protestants, mostly descendants of the Huguenots. Despite their small numbers, they have a strong voice in the French community. In France, although some regard evangelical churches as cults, the evangelical influence is growing. Close to 500 thousand French call themselves evangelicals, up from 50 thousand in the 1940s, and the number of churches has increased from eight hundred in 1970 to 2,200 in 2009.

What Are Their Lives Like? "Homesickness and adjusting to new ways are big issues, particularly for women," said Katia. "Since most wives of expats do "not work, they get bored and lonely, she explained. Marie-Thorse, an officer at the French Consulate, said, "Health care is the number one thing I deal with. The French don't understand the American system. It scares them." Reverend Massey sees a hunger for community among the French in Metro New York. "Events are great ways to reach out, the French love celebrations!" he said. "On Bastille Day, six hundred people came to our church."

How To Pray: France was once a strong Christian nation, producing passionate leaders such as Protestant Reformer John Calvin. Pray for a rekindling of desire for true biblical faith among the French.