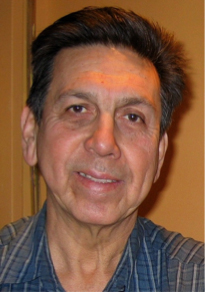 Bio: Since the mid-twentieth century, the New York Metro area has become a choice destination for the crime-weary, war-weary, and financial-weary emigrants from Colombia. Maria Gomez, a New York City ethnographer, documented the story of a Colombian immigrant named Rocio in her Colombia Migration Project. Rocio, like many other Colombian immigrants, is well educated and left behind a well-respected occupation for an entry-level job in New York. In describing her journey and life in the city, Rocio finds it difficult to explain why she has stayed in New York so long, yet she always finds some compelling reason to stay. "If I came here and took all this risk," she says, "I have to see it through to the end." With determination and a sense of mission, many of the 248 thousand Colombians in Metro New York (ACS 2010) are seeking to see it through.

When Did They Come to New York? Colombians first started having a noticeable presence in New York City after World War I, when several hundred professionals and students formed a community in Jackson Heights. This little Colombia became known as Chapinerito, after a middle-class suburb of Bogota. However, it was not until the onset of "La Violencia” the Colombian Civil War that started in 1948 that the Colom- bian community in New York started to swell. Even when order was restored in Colombia, emigration increased, and a recession in the 1960s further increased the outpouring of Colombians into the Big Apple. This new wave of immigration brought a working-class majority that quickly outnumbered the pioneering professionals. As chaos continued in Colombia due to the activities of drug cartels and a corrupt government in the 1980s, the Colombian population in Queens expanded. A carryover of violence and cartel activity into Chapinerito then led some Colombians to extend their settlements to areas in New Jersey and Connecticut.

Where Do They Live? From the inception of their search for order, safety, and opportunity in New York, the lifeblood of Colombians has been along Roosevelt Avenue in Jackson Heights, Queens. From this center, they have spread out to Corona, Elmhurst, Woodside, and Flushing, while also branching out into areas in New Jersey such as Dover, Victory Gardens, Morristown, Englewood, and North Bergen and in Connecticut cities such as South Norwalk and Stamford.

What Do They Believe? Like many South Americans, Colombians have a cultural adherence to Catholicism. Dotting the landscape of Roosevelt Avenue, however, are a myriad of botanicas that reflect the tendency of Colombians to consult spiritual counselors, fortune tellers, and saints for guidance in their lives. Perhaps ninety percent of Colombians are Catholic, with a significant portion of the rest adhering to an evangelical Christian faith. Some Colombians feel like they should assimilate into American life, viewing Catholicism as cultural baggage they should shed. They still believe that Jesus is an important part of their lives, though, so they search out evangelical churches to join.

What Are Their Lives Like? Whereas the first Colombian immigrants to New York found jobs that suited their professional interests, the wave of immigrants since the 1980s has come to a New York where they typically find only low-paying service jobs. Rocio, quoted above, reflected on New York life by saying, "The depression, the loneliness, in this country is incredible. Here you live to work, and in Colombia we work to live. That gives us a different perspective on all this, this supposed country of country of the gods.''

How To Pray: Pray that Colombians will continue the process of shedding cultural baggage that is not pleasing to Christ, while maintaining and developing their strong devotion to Jesus. Pray that God alone (instead of saints or fortune tellers) will be the One Colombians seek for the spiritual direction of their lives.