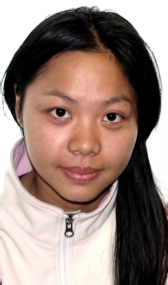 Bio: There is a Jerusalem in China, and its name is Wenzhou. The Wenzhounese, who hail from the large city of Wenzhou and its environs off the east coast of China in Zhejiang Province, are known as the "Jews of China" because of their shrewdness in business. However, Wenzhou did not become known as the "Jerusalem of China" because of its economy. Rather, the name can be attributed to the reputation Wenzhou has garnered as the heart of Christianity in China. Throughout socialist reign in China, efforts have been made to stamp out Christianity and capitalism throughout the country. Despite these efforts, Wenzhou has become even more of an enigma, as capitalism and Christianity have only increased throughout communist rule! In fact, during China's Cultural Revolution, which sought to remove capitalistic elements from the country, Jiang Qing, the wife of Mao Zedong, launched an attack on Wenzhou, saying, "If you want to see capitalism, visit Wenzhou." Their efforts did not work, though, and the "Wenzhou Model" of private-owned industry has made an impact throughout the country and beyond. Nevertheless, the entrepreneurial spirit that the Wenzhounese developed created a longing to taste the economic fertility of the Western world, and this has led many Wenzhounese from Wenzhou and the surrounding areas to Metro New York. United by the southern dialect of the Wu language, which is unintelligible to Wu speakers from Shanghai or to Mandarin speakers, the Wenzhounese are tightly knit socially and commercially. Even though community estimates differ widely, Wenzhounese most likely number around 50 thousand in Metro New York.

When Did They Come to New York? Although a Wenzhou townspeople association existed in New York City by 1977, most immigrants from Wenzhou came after 1979 when the United States and China resumed diplomatic relations. At that point, a wave of both legal and illegal immigration started, with the 1990s witnessing the greatest influx of the "Chinese capitalists." A Wenzhounese immigrant in Queens claimed, "It was popular to go overseas because it was said that you could make better money easier there, so I came for that reason." Wenzhou's sparseness of arable land has created high competition for jobs and businesses, leading many to search for better opportunities in New York. Furthermore, Wenzhou lacked a full-programmed university until the late 1980s, which led many students to study in America.

Where Do They Live? Due to their location in mainland China, Wenzhounese often learned Mandarin in school or through their business experience. As a result, they most often settle among other Mandarin speakers in Flushing and Corona in Queens, or in the suburbs where they have bought homes.

What Do They Believe? In 1989, the Chinese government claimed that ten percent of all Christians in China come from Wenzhou. This number is certainly lower now due to the explosive growth of Christianity throughout China, but the statement is reflective of Wenzhou's reputation as the "Jerusalem of China." However, the majority of Wenzhounese are simply nonreligious or loosely follow Buddhist and Taoist rituals while remaining fiercely materialistic. Up to thirty percent of the Wenzhounese in New York might consider themselves Christian, but as a Wenzhounese pastor in Queens explained, "A lot say they are Christian but do not go to church or practice the religion." Whereas there are over 160 Chinese churches in Metro New York, there are only two known worship services in the Wenzhou language. However, many Wenzhounese Christians attend Mandarin worship services.

What Are Their Lives Like? Many visitors to New York frequent Canal Street in Manhattan for bargains on souvenirs or handbags. Because of the Wenzou propensity to operate light industrial enterprises, the Wenzhounese dominate this souvenir industry from production to point of sale. They are also involved in the garment business, and most Chinese supermarkets in Queens are owned and operated by Wenzhounese. While some return home to visit, almost all Wenzhounese plan on staying in America.

How To Pray: Most Wenzhounese, including Christians, find little time to "practice religion" in New York. Pray that Christians would live for Christ throughout the week and prioritize fellowship.