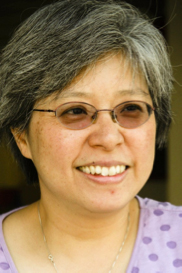 Bio: Mandarin is the most commonly spoken language in the world, but it has historically been a minority language among Chinese New Yorkers due to Cantonese predominance. Now, it is quickly becoming the lingua franca of Chinese New York, even though only an estimated ten percent of Chinese in Metro New York speak it as their first language. With the growth of the Chinese economy and the importance of Mandarin for business, many Cantonese families are even sending their children to schools to learn Mandarin. Symbolic of the change, the Chinese Consolidated Benevolent Association, the traditionally Cantonese umbrella organization founded in 1883, elected for the first time in 2008 a president whose mother tongue was Mandarin. In the Metro area, aside from originally mainlanders from Taiwan and Southeast Asia, the main Mandarin speakers are Han Chinese from the northern and eastern provinces of China, particularly from big cities like Beijing and Shanghai. The Fuzhounese, Wenzhounese, and mainland Cantonese are also mainland Han but are treated in their own profiles. Shanghainese speak their own language, called Wu, but most speak Mandarin well, especially since "please speak Mandarin" signs dominate the school walls in China. Besides ethnicity, one of the sharp identity markers of Metro New York Chinese is whether or not they are "downtown" or "uptown." The "uptown Chinese" are wealthy professionals who have high levels of education. Most of these are American-born Chinese or from the main Chinese financial or educational centers, such as Shanghai, Hong Kong, or Beijing. The "downtown Chinese" have little education and few English skills and work in restaurants, garment shops, and other service jobs.

When Did They Come to New York? After losing control of mainland China to the Communist Party, the government of the Republic of China retreated to Taiwan in 1949. For thirty years, the United States formally acknowledged the Republic of China as the sole legitimate government over all of China, which restricted migration from the mainland. However, many Shanghainese managed to find their way to New York in the 1970s through Hong Kong and Taiwan. When diplomatic policies changed in 1979 and the US recognized the legitimacy of the Communist People's Republic of China, migration doors opened once again from the mainland. Both "uptown" and "downtown" Chinese immigrated to New York throughout the 1980s and '90s. Since that time, most immigration has consisted of Mandarin-speaking graduate students from Beijing and Shanghai, some of whom have stayed to work in the New York Metro area.

Where Do They Live? Since the 1980s, the Chinatown in Flushing, Queens, has largely hosted Mandarin-speaking immigrants from Taiwan, Shanghai, and northern China. Many of the "uptown Chinese" reside in the suburbs of Long Island, Connecticut, Westchester, and New Jersey.

What Do They Believe? At the corner of Canal and Bowery Streets in Manhattan lies the Mahayana Buddhist Temple, the largest Buddhist temple in New York City. Its presence represents the influence Mahayana Buddhism has had on mainland Han Chinese. However, most mainland Han in New York are nonreligious, especially those who are recent immigrants and were raised entirely under communist rule. Whatever Buddhist identity remains upon arrival in New York is often shed by "uptown Chinese," who have trouble connecting what they perceive to be superstitious practices in Buddhism to their backgrounds in reasoning and logic. For the religiously inclined, many "uptown Chinese" find Christianity to be a great alternative and either establish "intellectual" Chinese churches or attend churches where sermons appeal to the intellect as well as the heart.

What Are Their Lives Like? Sharon, a leader of a Mandarin language school in New Jersey claimed, "Most Chinese move to the city for job opportunities but are focused on their children's education. They will even move to areas that have a better school and make financial sacrifices so that their children have the best education possible [...] so that they can pursue careers in medicine and engineering."

How To Pray: Pray for a continued increase in uptown mainland Han who find it reasonable to place faith in Christ and that the downtown Chinese will cast their cares upon Christ.