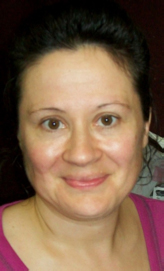 Bio: "What gave away the fact that I'm Canadian?" asked the young man sitting across the table at a Tim Hortons doughnut shop in Times Square. Canadians have a special place in their hearts for Tim Horton their home-grown equivalent to Dunkin Donuts and they are more likely to be savoring a latte there than at Starbucks. Since detecting a Canadian by sight or speech can be a real challenge, frequenting Tim Hortons is one of the best ways to catch sight of a Canadian New Yorker! Canadians have been coming to the United States since colonial times, but in the last two decades the number of Canadians has grown, largely due to the passage of the North American Free Trade Agreement (NAFTA) in 1993. Although it is now easier for Canadians to work in the US, they must work at specific jobs for approved companies. Like the US, Canada was inhabited by native peoples, called First Nations, before it was settled by French and British colonists in the sixteenth and seventeenth centuries. Tensions have always run high between Canada's British and French cultures. Qubec Province, the center of French-speaking Canada, has long desired independence. Historically, Metro New York's Canadian population has been roughly split between English and French Canadians although more of the recent arrivals have predominately been English-speaking. The Canadian Consulate estimates that 100 thousand Canadians live in Metro New York.

When Did They Come to New York? Canadian immigration has fluctuated over the centuries. It peaked in the 1930s and reached its lowest point in the 1980s. Numbers picked up in the 1990s after NAFTA but have slipped since 2000. Because Canada has enjoyed long-term peace and prosperity, most Canadians choose to come to Metro New York for better career opportunities or to experience life in the Big Apple.

Where Do They Live? "You can't pick us out of a crowd," said the young Tim Hortons customer. "We don't look different, we speak the same language, we blend right in." Because they share so much in common with Americans, Canadians have never felt much need to live together and form a "Little Canada" in Metro New York. Canadians can be found throughout the area, from the city to the suburbs and beyond. Young professionals, who make up a significant portion of recent arrivals, tend to congregate in trendier neighborhoods of the city, while families settle in the suburbs. In Manhattan alone, Canadians make up the ninth-largest foreign-born population (ACS 2008).

What Do They Believe? Canadians in Metro New York typically maintain the same religious faith they practiced in Canada. Seven out of ten Canadians identify themselves as either Roman Catholic or Protestant although recent surveys indicate that the religious landscape is changing. First, the number of Canadians who state they have no religion has increased to over sixteen percent. Second, mainline Protestant denominations like the Anglican Church are losing members, particularly young people. Third, evangelical denominations are growing, with eight to twelve percent of Canadians claiming to be evangelical. No focused ministry to Canadians is known in Metro New York.

What Are Their Lives Like? Other than hanging out in one of Metro New York's Tim Hortons, going to Madison Square Garden when a Canadian hockey team is playing would be another likely way to encounter Canadians as they enjoy their national pastime. Most Canadians in Metro New York are well-educated, middle-to-upper-class professionals who work in banking, law, business, or the arts. Those who come to the US under NAFTA status must renew their work authorization annually. If an individual loses his job, he must secure another job offering NAFTA status, or go through the process of applying for US authorization and residency under other visa categories. Although their lifestyles are very similar to their American counterparts, Canadians are intensely proud of their heritage and dislike being mistaken for Americans.

How To Pray: Pray that the growing influence of evangelical Christianity in Canada will pique the interest of Canadians in Metro New York and draw them to explore Christianity on a deeper level. The largest concentration of French Canadians live in Qubec, and the Qubcois, as they prefer to be called, are around 0.5 percent evangelical Christian, making them one of North America's least reached ethnic groups. Pray that their spiritual seeking would result in finding Christ.