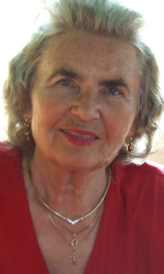 Bio: It is the last dictatorship in Europe, a group of Belarusian community leaders claimed before a visiting Belarusian politician spoke out against the current Belarus regime. As are most Belarusian gatherings in Metro New York, the meeting was held in a Belarusian Orthodox Church that doubles as a community center. Here, in basement fellowship halls, Belarusian-Americans gather to raise support for a truly democratic Belarus and seek to retain a culture they feel is slipping away in their homeland. The Republic of Belarus was founded in 1991 as the Soviet Union dissolved, but in 1994, Alexander Lukashenko won the presidential election position he still retains and his regime is now widely regarded as a dictatorship. In 2005, US Secretary of State Condoleezza Rice made a statement that there are outposts of tyranny in this world, proceeding to name six countries that fit such a title. Belarus was one of them. Of course, Belarusians are no strangers to oppression. Dating back to the late 1700s, attempts have been made to Russify them. Alla Romano, a Belarusian community leader, explained that her parents came to America in 1949 to escape persecution and communism. She added, My parents had been a part of an effort to organize Belarusian schools and were punished for this. They knew that if they did not leave Belarus, they would be killed. Commenting on the present regime, she stated, The current dictator came to rule and said, 'I am not going to take Belarus into the civilized world. We will stay with Russia.' Indeed, that is what has taken place. Belarus has retained closer ties with Russia than any other former Soviet Republic. In 1996, Belarus established a union with Russia in an effort that could lead to the establishment of another miniature Soviet Union. Today, an estimated 11 thousand Belarusians live in Metro New York that identify and organize as such. Jews who emigrated from Belarus have a much larger presence, with around 44 thousand people, but they identify themselves more as Jewish or Russian than Belarusian and have little to do with their compatriots.

When Did They Come to New York? In the latter part of the nineteenth century until World War I, thousands of Belarusian peasants immigrated to the industrial cities of America for economic reasons. The end of World War II witnessed the immigration of displaced Belarusians who were fervent anticommunists and set up political organizations accordingly. Metro New York was a primary destination for this group. In the 1980s and 90s, a large influx of Belarusian Jews arrived in Metro New York, and a smaller number of ethnic Belarusians continue to immigrate due to conditions in their country.

Where Do They Live? Dr. Vitaut Kipel, who wrote the book Belarusans in the United States, claims that Middlesex County in New Jersey was primarily Belarusian in the 1970s. As the first generation gets older and dies off, this presence is less felt, even though the towns of South River and New Brunswick still have a sizeable population. Brooklyn is the other hub for Belarusians, with Brighton Beach and South Brooklyn being the center of the Belarusian-Jewish population.

What Do They Believe? With the Russian Orthodox Church serving as the backbone of the Belarusian community in Metro New York, up to ninety percent of non-Jewish Belarusians have some sort of affiliation with the Church. The remaining ten percent are mostly Catholic. As Dr. Kipel put it, A very small percent are Protestant too small to even count. Despite the central role of the Orthodox Church, the first generation is concerned that their children are no longer interested in religion, as their children seem more concerned about being ridiculed by others than they are about carrying on the faith. Belarusian Jews are mostly nonreligious but tend to practice Judaism the longer they are here.

What Are Their Lives Like? Metro New York attracts many Belarusians that are independent thinkers and highly educated. With both men and women having high levels of education, Belarusians are involved in a variety of professions. Attracted by the stability in America, they usually seek to assimilate into American life although they cherish their time together at Belarusian churches, festivals, and meetings.

How To Pray: The children of Belarusian immigrants have largely grown disinterested in the church. Pray that they would have encounters with Christ at school and the workplace that would bring fresh meaning and purpose to the gathering of Christians for worship.