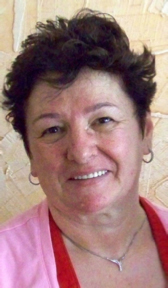 Bio: In Bosnia before the war, our children played in the streets and walked miles to school by themselves. Here, we have to watch them every minute, or who knows what will happen. This is not freedom, complained Adisa, a young Bosniak mother. The historical term Bosniak has been resurrected (replacing Bosnian) to identify Slavic Muslims from the country now known as Bosnia-Herzegovina. Adisa's distress resonates with her fellow Bosniak neighbors in Astoria, Queens, who were torn from their idyllic homeland where they had enjoyed the best lifestyle of any communist bloc country. Multi-ethnic Bosnia was home to Bosniaks, Serbs, and Croats who lived side by side in harmony for generations. However, it was the Bosniaks who suffered the most when Yugoslavia disintegrated during a series of ethnic and religious wars in the 1990s. Of the 100 thousand people killed in the Bosnian War (1992-1995), eighty-three percent were Bosniak civilians, one-third of whom were women and children. During this time, Bosniaks were victims of unfathomable atrocities, including ethnic cleansing, systematic rape, and genocide. Today, an estimated ten thousand Bosniaks, almost all of whom are refugees, live in Metro New York. Most have experienced significant trauma, including the death of family members, loss of home and possessions, torture, and abuse.

When Did They Come to New York? The US government has resettled 131 thousand Bosniak refugees since 1992. Most arrived between 1995 and 2000. Metro New York was a major resettlement site although the city of Utica, between Albany and Syracuse, received the most Bosniak refugees in the state. While many young adventuresome Bosniaks left their initial resettlement areas for the excitement of New York City, the population is declining as others leave Metro New York to join Bosniak communities in cheaper, quieter places like St. Louis, Missouri and Jacksonville, Florida.

Where Do They Live? Cities were like this in Bosnia, but they stopped because of the war. They don't go on forever, like here. That is how Sejad, a young Bosniak man who works at the Cevabdzinica Sarajevo Bakery on 34th Street, described Astoria, Queens, home to the largest Bosniak community in Metro New York. Bosniaks love to gather in the restaurants and shops lining the stretch of 30th Avenue between 34th and 42nd Streets. Smaller numbers of Bosniaks have settled in New Jersey, particularly in Lodi and Hackensack in Bergen County and Bound Brook in Somerset County.

What Do They Believe? Before the war, we didn't even know we were Muslims, Adisa explained. Bosniaks were secular people who enjoyed celebrating different religious holidays with all their neighbors. Christmas with Catholic Croats, Easter with the Serbian Orthodox, and Hanukkah with the Jews. The hatred they experienced during the war awakened them to their heritage and provided a unifying cultural and ethnic identity. As Adnan, a television producer said, I was born Muslim, my parents are Muslim, I am Bosnian. I cannot be anything else. However, most do not actively practice the Islamic faith. The Bosnian Islamic Center, located at 18th Street and Astoria Boulevard, is typically quiet during the week, as most Bosniaks admit they only go to the mosque for holidays or funerals. Friday prayers are usually attended only by a few older men.

What Are Their Lives Like? When Bosniaks came to Metro New York, they had two goals: to find family and get a job. If you could find an aunt, a cousin, anyone, then you could start life over again, one young woman explained. As refugees, Bosniaks had lost everything they owned. Many were victims of unspeakable cruelty or saw their family members victimized. Although most have been able to move ahead with their lives, there is a high prevalence of post- traumatic stress disorder among Bosniaks. Discussion of mental health issues is considered taboo in their culture, so many will not seek help. Adjusting to lower-level jobs was also very difficult for Bosniaks, many of whom were highly educated. Doctors, lawyers, and high-ranking teachers had to become taxi drivers, janitors, and food service employees to provide for their families, said Selma, a Bosniak woman from New Jersey. Bosniaks typically seek out the best education for their children, pinning their hopes on the next generation to achieve success and move up the ladder.

How To Pray: Bosniaks have suffered greatly, and there is no known ministry to them in Metro New York. Pray for Christians to befriend and introduce them to the One who heals the brokenhearted.