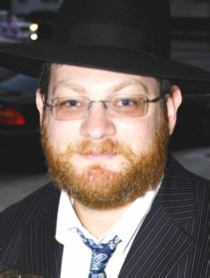 Bio: "You know you're Gorsky when...." This lighthearted entry on a Gorsky-Kavkazi Facebook page provides some humorous insights about this community of ten thousand living in Flatbush, Brooklyn. Answers include such tidbits as "You have thirty cousins" and "Your parents drink six cups of tea a day." For those who have never heard of the Gorsky-Kavkazi, just figuring out what to call them is an achievement! In the US they are typically known as "Mountain Jews", a loose translation of the Russian name "Gorsky-Kavkazi." As the Facebook page shows, they often simply go by "Gorsky" or "Kavkazi," the word for their ancestral homeland in the Caucasus Mountains. To add to the confusion, they call themselves "Juhuro" in their native language, Judeo-Tat, which is a version of ancient Persian with Hebrew mixed in. The Gorsky-Kavkazi claim to be descendents of the Jews taken captive by the Babylonian Empire in 586 BC. The Babylonians were later conquered by the Medo-Persians. In the sixth century AD, a Persian king sent many Jews to reinforce his northern border in the rugged Caucasus, where they settled among the native Aryan and Muslim tribes. In 1869, the Gorsky-Kavkazi helped the Russians defeat Islamic armies that wanted an independent Sharia state in the Caucasus. In return, they were spared the anti-Semitic persecution experienced by the Russian Jews. When the Soviets took over the Caucasus region in 1926, the Gorsky-Kavkazi were incorporated into the Soviet republics of Dagestan, Chechnya, and Azerbaijan. Since the Soviet Union's collapse, most of the Gorsky-Kavkazi population has left the Caucasus for Moscow, Israel, or the US.

When Did They Come to New York? While they could have chosen to live in Israel, the group of Gorsky-Kavkazis who came to Metro New York in the mid-1990s was seeking a safe place for their children to grow up. The break-up of the Soviet Union brought conflict to the Caucasus. By the early 1990s, Azerbaijan was at war with Armenia, Chechnya was fighting for independence, and Dagestan was a hotbed of crime and kidnapping. Deciding to come to Metro New York instead of Israel was a choice for peace. As one man said, "Why leave one war zone for another?"

Where Do They Live? "You know you are Gorsky when...you have relatives who live on Ocean Parkway!" The largest Gorsky-Kavkazi community in the US is in Flatbush, Brooklyn, between Beverly Road and Avenue I along Ocean Parkway. Metro New York's only Gorsky-Kavkazi cultural center and synagogue, named Beit Knesset Ohr Hamizrah, is at the intersection of Avenue C and Ocean Parkway.

What Do They Believe? "All our customs come straight from the Torah," most Gorsky-Kavkazis claim although scholars see influences of Zoroastrianism in some of their superstitions, stemming from their roots in ancient Persia. The Gorsky-Kavkazis occupy an interesting place on the continuum of Jewish communities in Metro New York. With their mystical approach to Judaism, they are much like Hasidim, but living under Soviet secularism made them less rigid about following all the mitzvots (commandments) and more accepting of the nonreligious in their community. However, because they held fast to their religious traditions during the Soviet years, they retained far more of their faith and culture than the Russian Jews. Only a handful of Messianic believers are known.

What Are Their Lives Like? "You know you are a Gorsky when...at least one person in your family is a taxi driver!" Like many new immigrants, Gorsky-Kavkazis take any job available to provide for their families, expecting their hard work to be rewarded when their children become doctors, lawyers, and accountants. "The Gorsky-Kavkazi are an extremely tight-knit community, where everyone knows each other and each other's business," said Diana, who works at the Gorsky-Kavkazi Cultural Center. "We take care of one another," she continued. "When I need advice, I can ask anyone."

How To Pray: The Gorsky-Kavkazi are largely unnoticed by Christians in Metro New York, even among ministries to Jewish people. Pray for believers to befriend and tell them of Jesus, the Messiah.